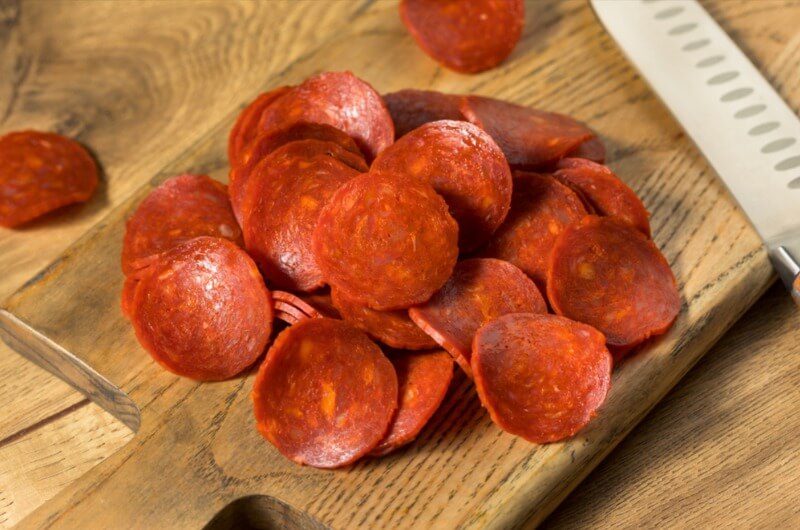 Fortunately for us, you can, in fact, freeze Pepperoni. I mean, this was essential for me to know because of how much I love to use Pepperoni in almost everything.

Contents show
Can you freeze sliced Pepperoni?
What is Pepperoni?
How to freeze Pepperoni
How long can Pepperoni last in the freer?
How to defrost Pepperoni?

I tend to put a lot of it and since I know that it doesn’t keep well in the fridge for longer than a couple of weeks, I found that if you freeze Pepperoni, it will retain its taste and texture for a much longer time.

Can you freeze sliced Pepperoni?

Yes. In fact, it is an even better alternative than freezing whole Pepperoni. Whether you bought it already sliced, or you sliced it yourself, it doesn’t matter. Sliced Pepperoni tends to last even longer in the freezer than the whole one.

Plus, of course, you get to separate your slices into portions so that you only take out the portion you need from the freezer.

Keep in mind, though, that you shouldn’t freeze previously frozen Pepperoni slices. So, make sure to check the back of the package before you attempt to freeze the sliced Pepperoni.

Pepperoni is a perfect blend between both, minced beef and pork with the addition of some flavorful spices, mostly paprika, which gives the Pepperoni its signature bright red color.

It is originally made in America and is considered a type of Salami, which is usually cut into thin round slices that curl from the edges and darken in color when cooked.

How to freeze Pepperoni

You can freeze any type of Pepperoni you like, whether it was sealed, sliced, whole, or even the unsealed one. Just follow this step-by-step guide to freezing Pepperoni!

How long can Pepperoni last in the freer?

Pepperonis can withstand the freezer for up to 3 months without any change in taste or texture.

How to defrost Pepperoni?

The one method I prefer to use when it comes to defrosting frozen meat of any kind is to just transfer the frozen food from the freezer to the fridge and allow it to thaw overnight without rushing it in any way.

Sliced Pepperonis won’t even require the whole night to defrost. Just a few hours will suffice.

Once they completely thaw, you can cook them however you normally would. Don’t attempt to refreeze the defrosted Pepperonis though.

Can You Freeze Semolina Pudding?

Can You Freeze Raw Sweet Potatoes?

Can You Freeze Curry Paste?