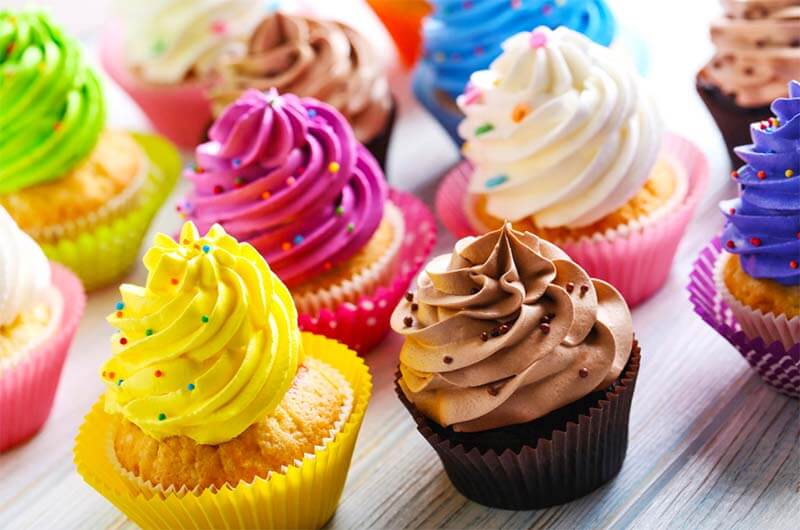 I would say an easy yes to the most frequent question that I come across on the internet “Can you freeze cupcakes?”

I mean, I would be skeptical as well when it comes to freezing and defrosting baked cupcakes. I would most certainly question the whole process. But, since, I used to have my own catering business for a while and I used to serve a huge number of people at different weddings and parties, some even on the same day. I had to learn how to manage my time and resources the best way I could!

So here I am with as much detailed information as I can master about the best way you can freeze your cupcakes and how to properly defrost them, as well as, how to deal with all the different types of cupcakes and fillings present if you want to store them.

YES. They do freeze excellently. But only if you didn’t leave them for too long. 3 or 4 months are the ideal maximum time that cupcakes should be left in the freezer.

Can you freeze baked cupcakes?

Yes. In fact, it is most ideal if they are frozen within the first two days after being baked, or a couple more days if you have kept them in an airtight container. They just have to be cool before freezing!

Without further ado. Let’s jump to the detailed steps of freezing.

How to freeze cupcakes:

Nothing is better than the “Flash” freezing method when it comes to freezing cupcakes. It is really simple, yet efficient, and it guarantees retaining the quality of your cupcakes.

How to defrost cupcakes?

All you have got to do is to just take them out of the freezer and either place them on the counter to thaw, which should take about 1 to 2 hours, or to allow them to slowly defrost in the fridge overnight.

In the case of decorated cupcakes, remove the clingfilm while they are still frozen so that it is easier to do so without ruining the decorations, then place them in an airtight container while they are defrosting.

How long can you freeze cupcakes for?

They can last for an indefinite time in the freezer. However, three or four months is the maximum time that you can leave them in the freezer for, without risking the loss of their flavor and texture!

Can you freeze decorated cupcakes?

It is better to freeze the undecorated cupcakes. But don’t worry if you have some leftover decorated ones, then you can go ahead and freeze them just the way I mentioned earlier, preferrably the two-step freezing process. However, you have to avoid freezing the ones decorated with whipped cream, as they tend to separate upon freezing.

Can you freeze filled cupcakes?

Yes. You can, in fact, freeze whatever cupcake filling your heart desires easily, whether it is chocolate, cream cheese, or jam. In contrary to the common belief. I think filled cupcakes freeze better than regular ones. As the fillings soften the core of the cupcakes and prevent them from drying.

Can you freeze red velvet cupcakes?

The red velvet ones are perfect for the freezer, just like any other type of cupcake. Follow the same steps of freezing and you will have yourself amazing cupcakes. You can freeze the ones with the signature cream cheese frosting or even without any frosting at all.

Can you freeze cupcakes with cream cheese frosting?

Can you freeze cupcakes in paper liners?

Leaving or removing the cupcake liners won’t be an issue when you freeze the cupcakes. Just make sure that the cupcakes are cool enough before placing them in the freezer.

They can be frozen just like any other type of cupcake. However, the ice cream cone itself might be affected by the freezing and defrosting process and will probably be a bit chewy and soft. But, it will still taste good!

Can you frost frozen cupcakes?

Well, technically you can. The problem, however, will be in the defrosting process. As the icing will begin to melt while the cupcakes are thawing. You can try to avoid that from happening by transferring the cupcakes straight from the freezer to the fridge. But I think it is not worth it as it will still melt a bit. Better freeze the cupcake before icing it, then decorate it once it is thawed.

Can You Freeze Lemon Bars?

Can You Freeze Broccoli Sprouts?