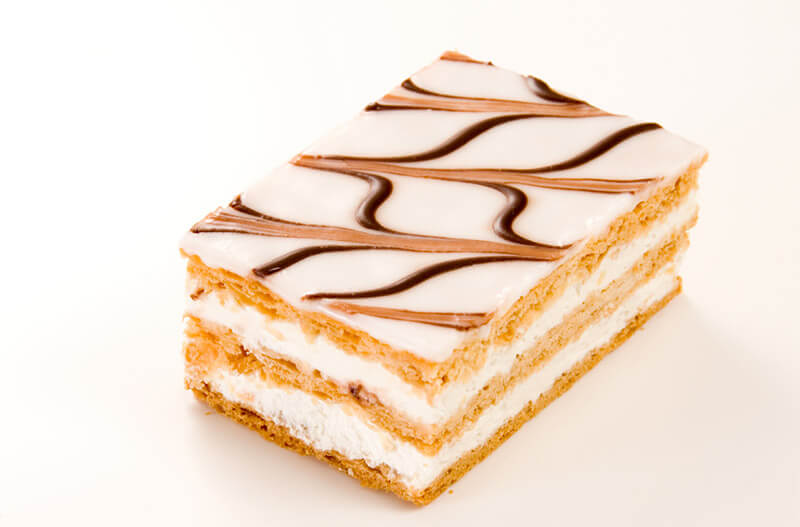 You can make a dessert out of almost any and everything, and despite the abundance of easy dessert recipes, yet every once in a while I crave the fancy, rich, and fulfilling French Napoleon dessert. Don’t be discouraged by the amount of steps needed to make such a dish. It deserves every effort spent on making it!

What is Napoleon dessert composed of?

Napoleon dessert is basically made of almond paste or cream filling spread between homemade or store-bought puff pastry layers, coupled with the signature chevron pattern of the chocolate and vanilla white glaze on the top layer. Resulting in this rich and fancy, incomparable dessert.

Is Napoleon dessert really French, or is it Italian?

It is a classic French pastry. It was originally made by a Danish chef in Italy and was called Mille Foglie. However, it became more known later on when French chefs made the French version of it and called it Mille feuille or Napoleon dessert. 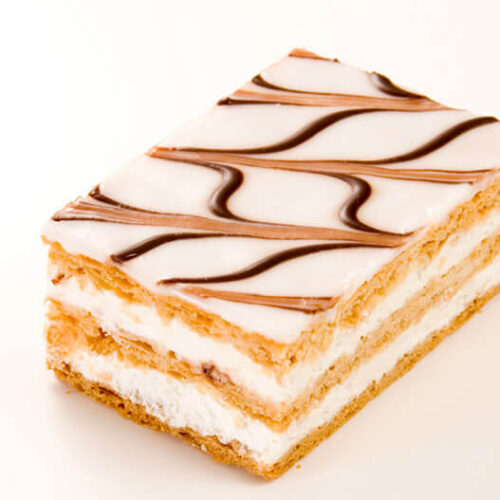 For the rich pastry cream recipe:

The making of the pastry cream: