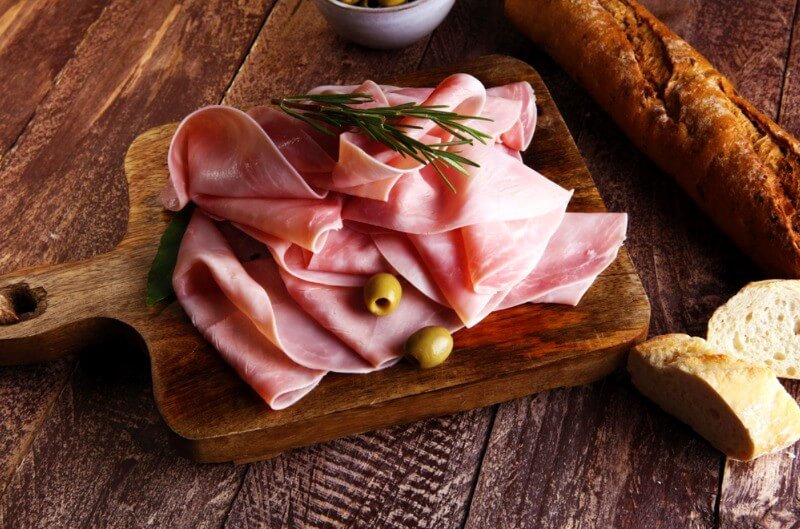 Since I know a lot of people that are wondering whether or not ham is considered a freezable food, I came here to put this argument to rest and answer you with a solid YES. You can in fact, easily freeze cooked and uncooked ham!

Personally speaking, this piece of information gives me nothing but utter joy, as I love cooking ham for any get-together or family gathering. I know it is a delicious meal that people commonly enjoy it during Christmas. That’s why I know that you will be thrilled by the idea that you can easily pull out an already cooked frozen ham and just reheat it to be ready in no time!

How to freeze a ham?

I am going to share with you here the steps of freezing both, cooked, and uncooked ham.

How to freeze a whole uncooked ham:

What’s special about store-bought uncooked whole ham is the fact that it is usually well wrapped in plastic wrap after being brined in salt, which acts as a good preservative, making it stay for longer than you might anticipate. It could stay for a whole year in the freezer before it starts losing its high quality and becoming more prone to freezer burns!

How to freeze a whole cooked ham:

Usually whenever I am arranging one of my signature get-togethers, I tend to prepare as much of the food as I can before the due date, so that I can be completely ready. That’s why, I like to freeze cooked ham. It is way easier to just reheat the frozen cooked ham than to cook it from scratch.

I found it even better to store small portions of the cooked hams than the ham as a whole. It takes less time for me to defrost it and allows me to just take the amount that I need instead of the whole thing.

The ham should withstand freezing for up to 3 months in the freezer, retaining its best quality. You might notice a bit of a change in texture or color after this period. However, it should still be safe to eat.

Can you freeze honey baked ham?

Yes. You can easily freeze honey baked ham with the previously mentioned steps, whether you freeze it as a whole or cut it into slices.

How to defrost a ham?

Just move the ham from the freezer to the fridge and let it thaw slowly overnight. Don’t try to rush its defrosting!

In case of a whole frozen ham, then I recommend leaving it to defrost in the fridge for at least 48 hours and maximum 72 hours, to make sure it is completely defrosted.

Can you reheat a cooked ham that has been frozen?

Yes. Just remember to cover the ham with aluminum foil while reheating it to avoid its dryness or burning.

Don’t forget to measure its temperature from the center of the ham using a food thermometer to make sure it is ready for serving.
It should be safe to eat if its temperature reached 75°c for at least 30 seconds or 80°c for 6 seconds.

Can you freeze cooked ham twice?

Never attempt to refreeze ham twice or else you will be risking drastic deterioration of both texture and taste.

Can you refreeze ham?

In case of cooked ham, then no. freezing is valid only once.

Can You Freeze Tofu Curry?

Can You Freeze Brownie Batter?

Can You Freeze A Roast Dinner?