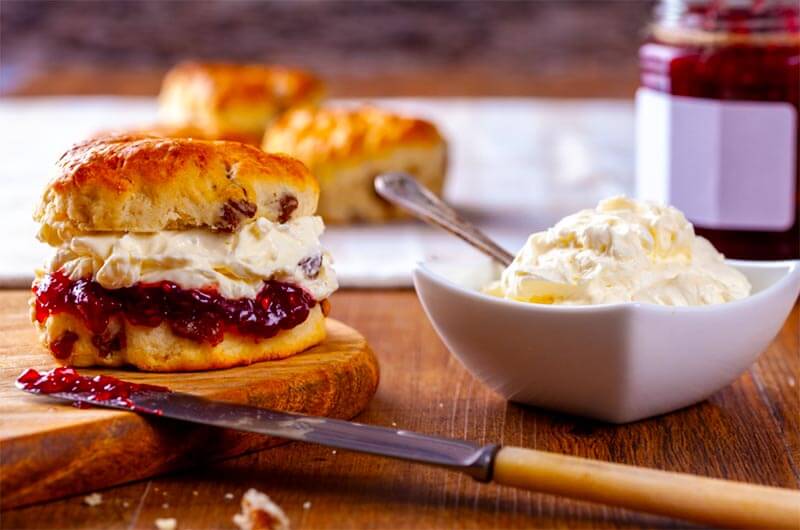 Yes, clotted cream can be frozen. Freezing clotted cream is a great way to preserve any leftovers for future use and helps to avoid food waste. Fortunately, the freezing process does not significantly alter the flavor or consistency and the clotted cream should retain its original texture and taste. Freezer bags or airtight containers are recommended for optimal preservation.

How To Freeze Clotted Cream?

Unopened, store bought clotted cream can simply be placed into the freezer as is for later use. Leftover clotted cream from an opened container should be repackaged into a smaller, freezer safe container, as excess air in the packaging could encourage freezer burn.

For a large quantity of clotted cream it is best to divide it up into small servings. Not only will doing so make it easier to quickly defrost, but it will also provide ready to serve, individual sized portions.

When freezing clotted cream, some people opt use an airtight container with a plastic freezer bag over it for added protection. It is also commonplace to wrap the clotted cream packaging with tin foil to prevent it from taking on random flavors from the freezer.

Always remember to mark the date that it was frozen so that the clotted cream can be utilized within six months. Discard any extraneous clotted cream that has been in the freezer for longer than six months, as it is no longer at its prime or suitable for consumption.

How To Defrost Clotted Cream?

Clotted cream is best defrosted overnight in the refrigerator. to ensure that it is completely thawed. Before use, give the clotted cream a gentle stir to break up any ice crystals that may have formed during the freezing process.

After that, it is ready to use. Not only is it delicious in cream tea, but it can be enjoyed with a bevy of sweets such as sticky toffee pudding, cakes and more. Be sure to use the defrosted clotted cream within two or three days.

What is Clotted Cream?

Clotted cream, also known as Devonshire or Cornish cream, is a thick dairy cream that is made by heating whole, full fat milk in either a steam or water bath. It is then poured into shallow dishes where it ultimately thickens and develops a light crust. The end result is a rich, opulent, cream that is slightly sweet and has a mild, delicate flavor. Clotted cream should be stored in the refrigerator and used within four days for maximum freshness.

In Southwestern England, clotted cream is commonly enjoyed with scones and jam, though there is some question and debate as to the proper order of adding clotted cream to scones. The Devonshire way seems to be adding the clotted cream before the jam, while in Cornwall it is believed that the jam should go on the scone before the clotted cream. Either way, it’s still just as delicious!

Can You Freeze Krispy Kreme Donuts?

Can You Freeze Chutney?

How to Freeze Mango Puree?